The Langley Alumni Association and the NASA Langley Research Center partnered to develop a Hall of Honor (HoH), to provide a way for distinguished LaRC researchers and managers to be honored for their exemplary careers and contributions to NACA, NASA and the nation at large in the pursuit of revolutionary scientific understanding and technological progress on the frontiers of aerospace sciences. The HoH also provides a focused opportunity for the local aerospace community to reflect on the contributions of these notable individuals who made enduring impacts on aerospace technologies. A Langley Research Center NACA and NASA HoH Committee receive & evaluates nominees & selects Honorees to be inducted into the Hall of Honor. This process is conducted by the HoH Committee in concert with a Memorandum of Understanding (MoU) with the LaRC and the Langley Alumni Association dated January 11, 2016. 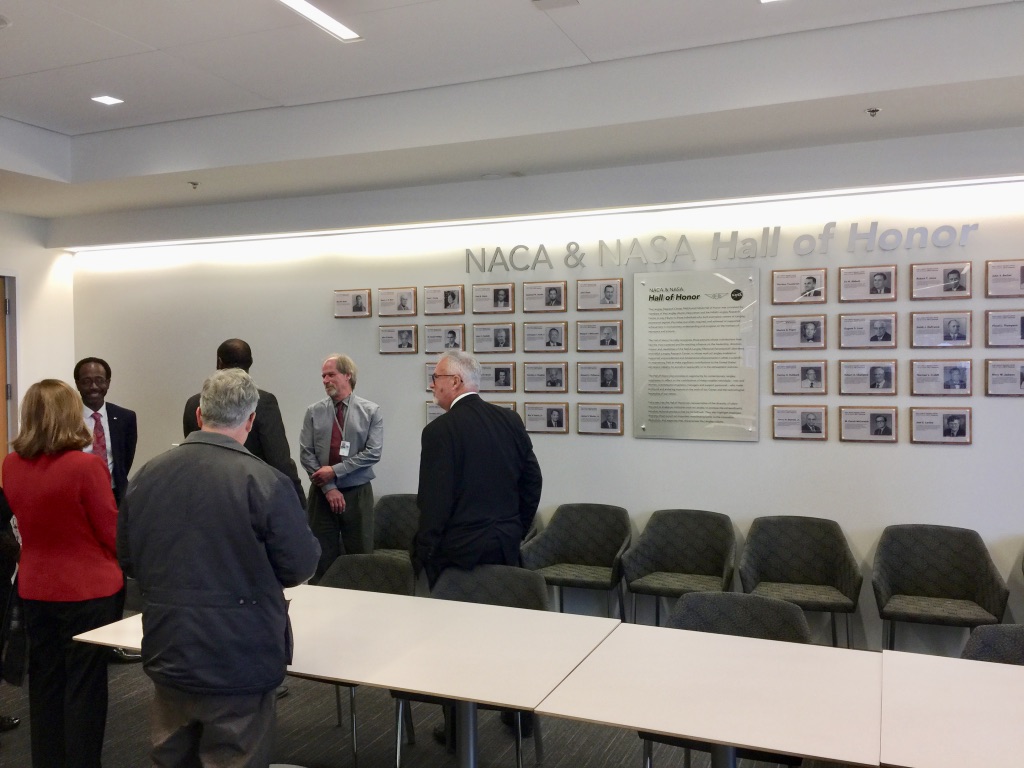 The culmination of these early efforts was the Class of 2015 Hall of Honor Induction Ceremony held at NASA Langley on August 13, 2015 in which 19 inductees were honored. Details & photos of the ceremony follow:

The 2nd induction ceremony was held Thursday, June 1, 2017, as part of NASA’s Centennial Celebration. Information on both the 2015 & 2017 Classes is here.

The LAA & LaRC Agreement suggests selecting new Honorees every 5 years. Plans for the next Class is now underway for the summer of 2022. A new nomination form with instructions will be posted on this LAA WebSite the 1st week of Sept 2021.

Current members of the HoH selection team are:

There are no upcoming events at this time.